We are a group of women who enjoy playing the recorder, although most of us also play other instruments too. We play all sizes of recorder, from the tiny garklein, through sopranino, descant, treble, tenor, bass and great bass.

We are based in North West Cumbria, centred roughly around Cockermouth.

We came into existence in the late 1990s playing at Nova Cantica's concerts, to give the singers a bit of a break, but very soon we felt the need to expand our repertoire and so we established ourselves as an independent band.

Do get in touch if you'd like us to play at some future event!

FOUNDER MEMBERS
Our three founder members were all foreigners on Cumbrian soil: Rachel from the USA, Val from Northern Ireland, and Ally from Scotland. We soon found some English friends to join us, though! 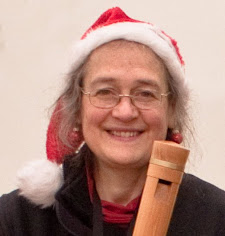 RACHEL HECHT McCONKEY 1999 - present
I am one of the 'founder members' of Piping Hot, and am really pleased that I have a group of real musicians to play with at last. I grew up in the USA, and learned to read music at the same time as words, and have played various things including piano (hard to escape when your mother is a piano teacher!), oboe and cor anglais, cello, but principally flute and recorder since I was about 10.

I was fortunate to be able to go a very musical highschool in New York State, and from the band and orchestra conductors I got a broad musical education, playing everything from Vivaldi to music so modern that it was still handwritten, since it was commissioned for our concert band! Also played in the pit band for things like West Side Story, and then while at Cornell University played for the Gilbert and Sullivan society productions. It wasn't until I came to England that I really got into recorders again, since a recorder was easier to pack in a suitcase than a flute.

However, I now have my flute and plenty of recorders, and live with my husband in a house overflowing with music! I spend my time making things like earrings when I am not busy teaching music, or finding things for Piping Hot to play in the next concert. 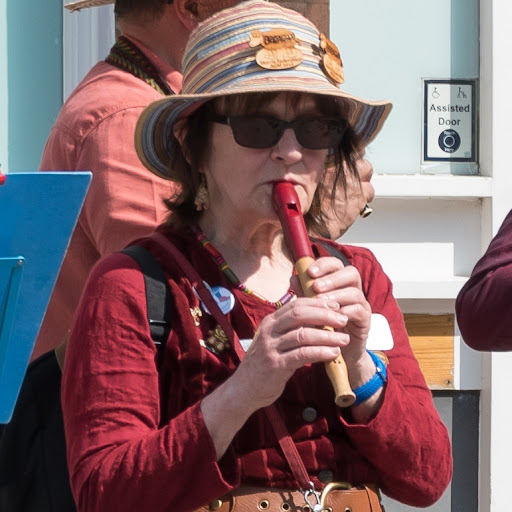 ALLY McGURK 1999-present
Born and bred north of the Border in Edinburgh, I'm the third founder member of Piping Hot. Music has been at the centre of my life as long as I can remember. My first forays into music making were in the days when I had to undertake a certain amount of mountaineering to reach the top of the piano stool, and ever since then it has been impossible to keep me quiet.

Over the years I have, in no particular order, taught guitar and recorder; sung in choirs, including one that entertained our present queen and King Olav of Norway; organised children's orchestras; studied musical instrument repair, during which time I had to learn to play violin, clarinet, flute and tenor horn all at once; sung and played guitar at folk clubs; gone busking; played oboe in the Edinburgh Secondary Schools Orchestra; and I currently play recorder and concertina for Belfagan Women's Morris and earn a living as part of Marshall McGurk musical instrument repair. I started playing recorder by accident, but spent many years with no-one to play with unless I taught them first. Meeting Rachel and Val and setting up Piping Hot was one of the happiest adventures I've ever been involved in - proper musicians to play with at last! I'm also responsible for the content and design of this website, so if you have any comments or complaints please email me. 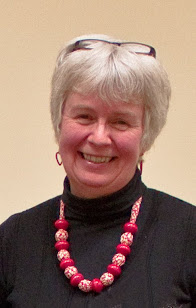 JANE BEBBINGTON 2000 - present
Jane reliably plays any size of recorder we ask her to, but has become the backbone of the group since she took over the rôle of principal Great Bass player. There's a lot more that should be said about Jane, but it really should be in her own words, so please watch this space. 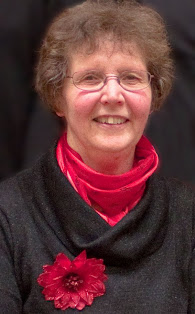 LIZ BAKER 2011 - present
Liz is an accomplished musician who has become an important part of the group over the years. 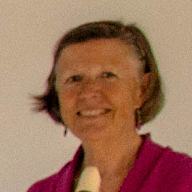 PENELOPE POOLE 2019- present
One of our newer recruits, our good friend Penny is settling in nicely as a reliable member of the group. 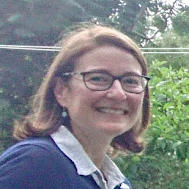 SARAH MARSHALL-ELLISON 2020 - present
Our newest recruit, Sarah, as a properly trained recorder player, is a star on the descant, and we're delighted to have her as part of the team.


EX-PIPING-HOTS ARE NEVER FORGOTTEN
Eveyone who has ever played with Piping Hot is important for one reason or another. We never forget them. I'll list them here in alphabetical order of first name.

BRIDGET HILTON 2005 - 2018
Bridget passed away in summer of 2018. She was a vital and beloved member of the group and will never be forgotten.

"After a lifetime of playing a variety of instruments - accordion, piano, violin, clarinet, crumhorn, rackett, percussion and, of course, recorders, it has been good to find an outlet for at least two of them in my new life in Cumbria. As a (retired) full-time teacher of music and French, (still full-time) mother of three musicians and granny to six more potential musicians, the luxury of time to play is quite something to be savoured. Piping Hot has been a welcome enhancement to life in this respect!"

CAROLINE ULLYAT
We loved having Caroline with us, but sadly real life has got in the way and she's no longer part of the group.

HELEN PENNY 2006-2008
Moved to Lincolnshire, but not before creating some lovely recorder arrangements of classical music for us.

KATHLEEN ROBERTSHAW 2006-?
An accomplished fiddle player as well as a reliable recorderist, Kathleen moved to the south of the county some years ago. We still see her occasionally when she ventures north with Santa's reindeer.

RUTH SMITH 2000 - ?
Ruth was one of our stalwarts since the early days, and although she no longer plays with us we still remember her as a vital member of the group.

SAMANTHA WILLIS 2004 -?
One of our most talented recorder players, Sam is now playing flute for the Carlisle Orchestra.

SHARON TAYLOR 2002-2006
Sharon moved to New Zealand. We accepted this as adequate excuse for no longer attending practices, but we still miss her.

VAL HETHERINGTON 1999-2006
One of the original 3 founder members, Val hails from Belfast. For 7 years she guided us with her skilful professionalism, but sadly she eventually found herself with too many irons in the fire and had to hand in her red scarf.